A Beginner’s Guide to Medicaid Planning 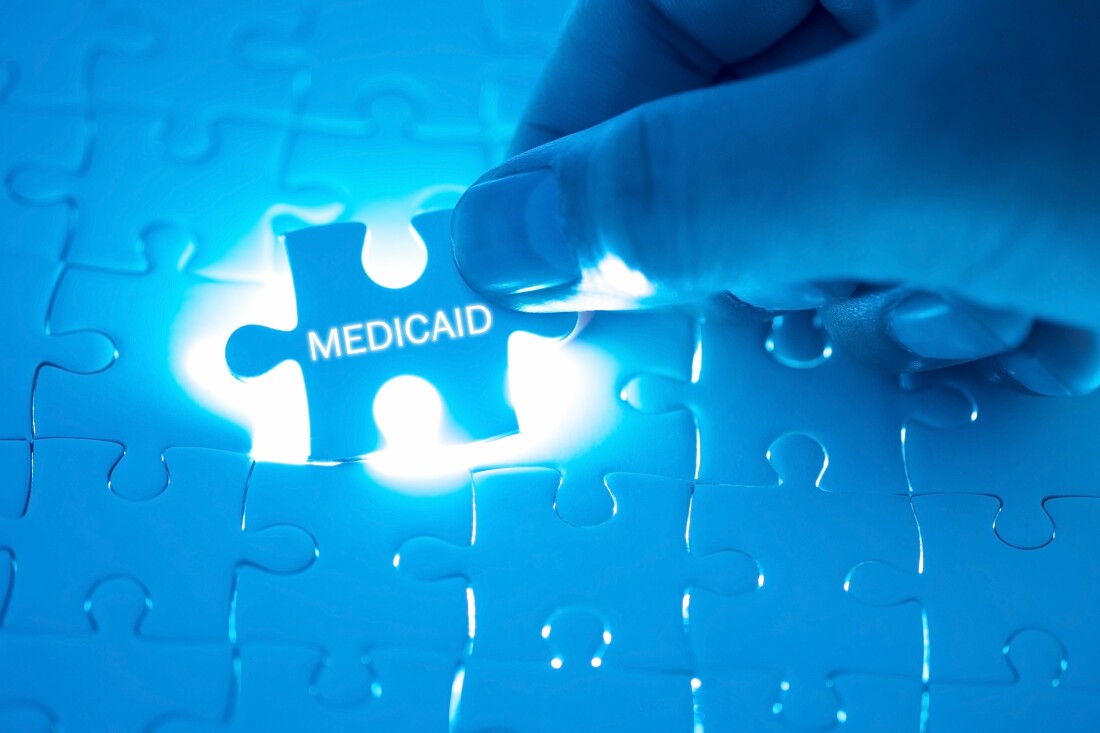 Please note that the information in the following blog post is meant to act only as a general guide. Medicaid is an extremely complex area and varies based on the individual. Your questions need to be addressed by an attorney with significant experience in the area prior to taking any action.

As we age and begin to need more assistance, we often hear the terms 'Medicare' and 'Medicaid' used interchangeably, but they are different on a number of fronts. Medicare is a federal program funded through tax payers and is based on age, although special circumstances such as certain disabilities, allow younger people to qualify. Medicaid is managed by individual states so the elements in the program can vary by region. Eligibility for Medicaid is based on income and resources available to the individual.

Whereas with Medicare we become automatically eligible when we turn 65, Medicaid only sees a small percentage of adults age 65 and older enrolled in the program nationwide, about 9 percent. In fact, 43 percent of those enrolled in Medicaid are children.

As of November 2020, over 72 million individuals are enrolled in Medicaid, according to medicaid.gov. The Medicaid program consists of several parts:

For more on the basics of Medicaid, see this guide from caring.com. The guide further explains some of the topics and addresses whether Medicaid may be an option for covering care-related expenses for seniors.

Among the topics/questions covered in the guide mentioned above include:

Determining whether you’re eligible for Medicaid can be difficult, let alone figuring out what the program covers and how to apply. If you have further questions about Medicaid, long term care and other issues associated with aging adults, contact an elder law attorney.

Due to the shock of the death of a spouse or a loved one, the steps of what needs to be done first can be an overwhelming process for the survivor(s). To aid in the breakdown and to act as a tool amidst the emotional days ahead, estate planning Jonathan "Jay" David has assembled a "Survivor's Checklist" of some of the important things that need to be addressed when a spouse or loved one dies.

For adult children responsible for their elderly parents and other senior caretakers concerned about protecting loved ones as the COVID-19 pandemic continues, below is a free downloadable checklist of steps to follow to prepare for any possible COVID-19-related illnesses among the most-vulnerable.

Foster Swift has created a free ‘Elder Organizer’ digital notebook to provide seniors and their caretakers with a toolkit that helps organize doctors’ appointments, medications, and more that can be shared online. The tools below are also available on the Elder Law Resources page.

*For those trying to access these links by smartphone, it is best practice to copy/open the link in a separate tab and download the free Google Sheets app from Google Play or the Apple Store. 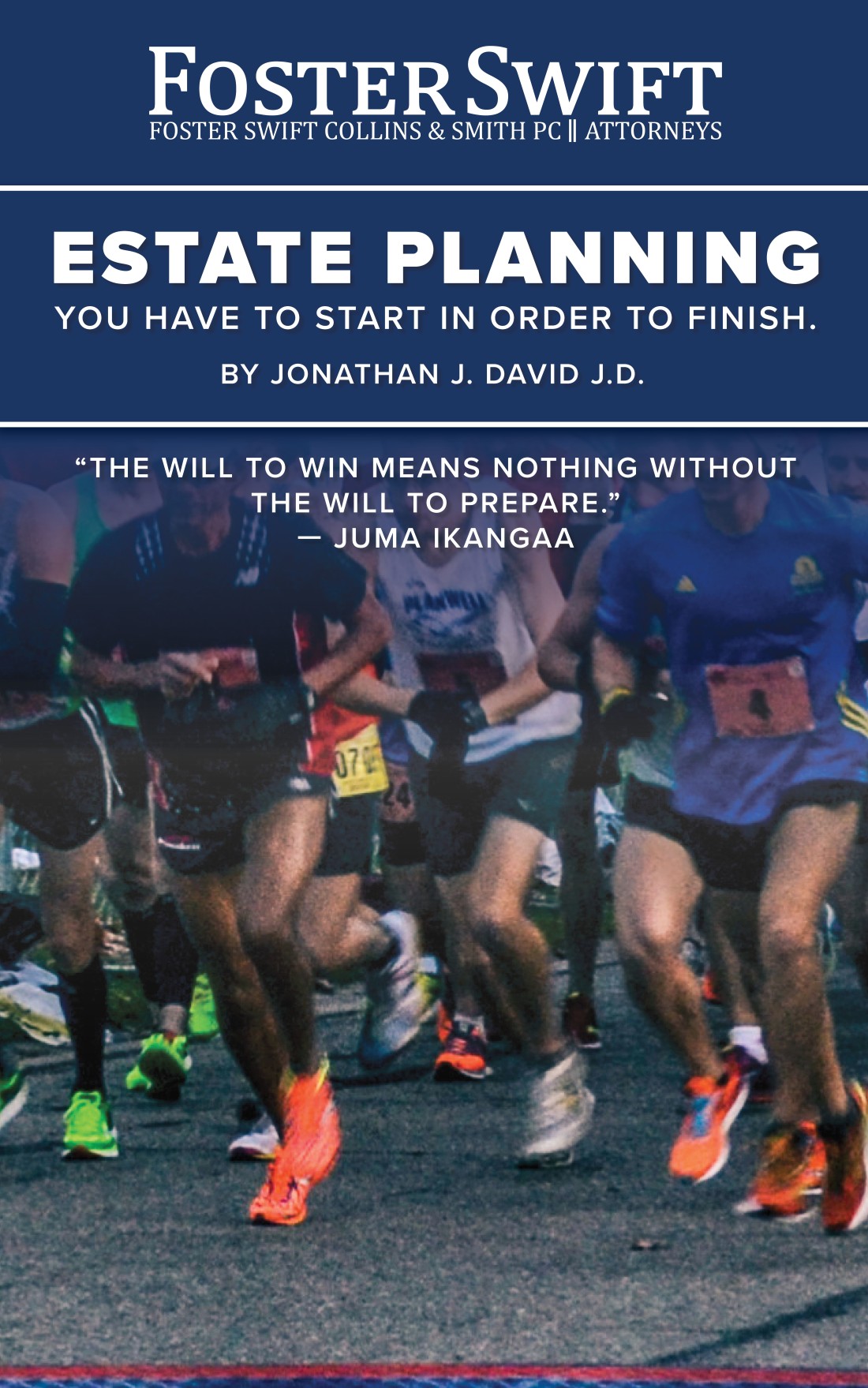 Engaging in estate planning, while essential, is often emotional and generates many questions. How do I protect my spouse and my children if something happens to me? What happens if I become disabled before I pass on? Who will take care of my pet after I'm gone? How do I pass my business on to my children? These questions and more are addressed in Jonathan David’s recently updated e-book, “Estate Planning: You Have to Start in Order to Finish.”

For more tools, visit our Elder Law Resource page for additional content. Click here to view/download the Foster Swift estate planning brochure to see what our experienced team of attorneys can do for you. 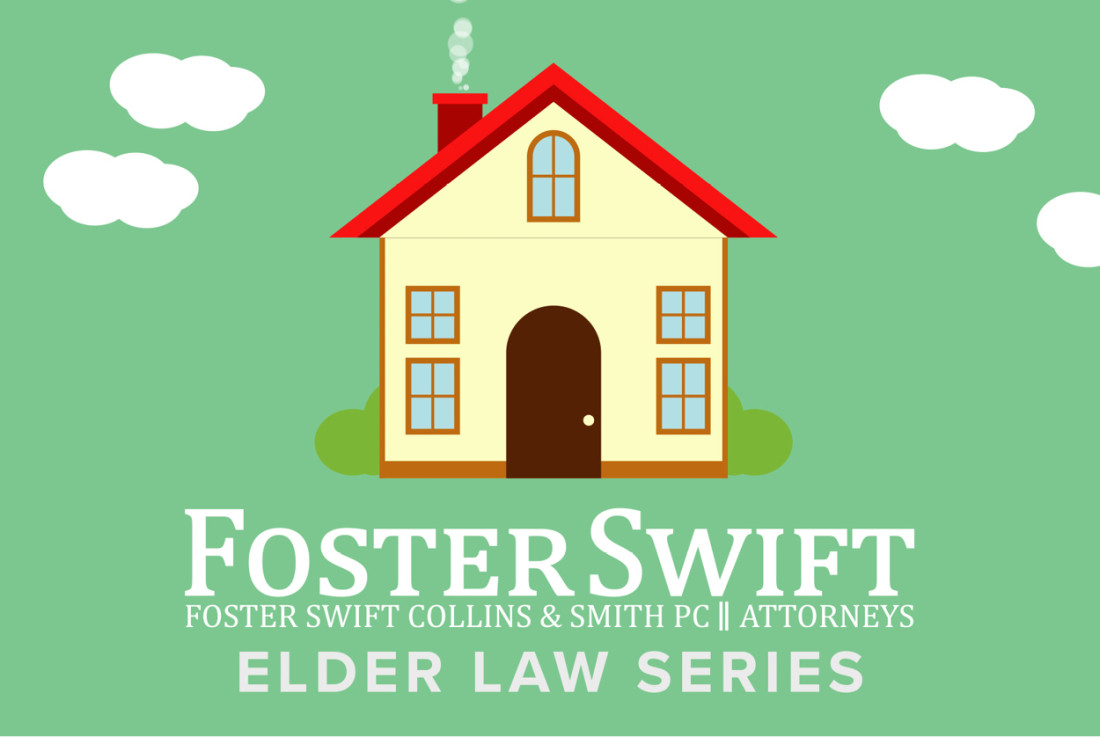 Watch attorney Matthew Fedor explain a brief overview of elder law and how it can help either your or your loved ones.